A Story of Hard Work

The son of a coalminer, Jim grew up in a rural town in northern Illinois known mostly for corn and cattle. Jim worked very hard from a very young age to earn the money needed to pursue sports and afford things many kids took for granted. He understood early that hard work would be the key to success in his life. 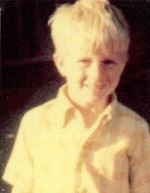 At 12, Jim started his first paying job removing tassels from corn to prevent cross-pollenization. Starting early each day and working into the late  afternoon hot sun, he would walk many miles to get his job done each day. Walking the extra mile for his clients is a deeply engrained habit for Jim.

In college, Jim's dream of becoming an Air Force officer ended abruptly after a major automobile accident. He reduced his class load and used a cane to make a slow hour-long walk to class. Jim empathizes with folks who have had to deal with adversity. He believes that providing for long-term healthcare needs is a critical part of everyone's retirement plan.

In 1990, Jim graduated from California State University, Sacramento. After a year of graduate studies, Jim joined the John Hancock insurance company where he oversaw the work of nearly 100 registered representatives. Amidst increasing demands to sell more life insurance, Jim realized that he needed the freedom of being an objective financial advisor to best pursue his clients’ needs. He gained this ability in 1999 when he joined the Financial Network Investment Corporation which later became Cetera Advisor Networks LLC. As of 2021, Jim has maintained independence with his back office of Cetera Advisor Networks as his broker dealer while entering his 28th year of business.

Jim lives in Grants Pass with his wife and two young daughters.